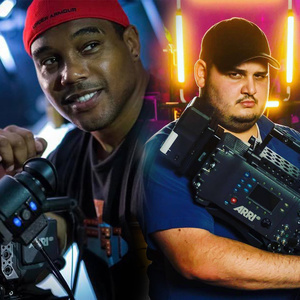 Hisonni and Alberto operate in Las Vegas as a tag-team filmmaking duo. As Arri Alexa owner/operators, they shoot multicam coverage on each other's films to maximize efficiency with matching camera systems.

Hissoni's passion for visual storytelling started from filming unscripted movies over childhood summers. He was held to a high standard from his father, who was a master photographer.

Alberto grew up in Hawaii creating parody videos with friends and realized his passion for filmmaking early on at a young age.

Although many owner/operators justify equipment purchases from a business standpoint, Hisonni and Alberto prefer to own equipment simply to make the films they're incredibly passionate about.

The two just released the trailer for their new film, Red Hood IT, on Robot Underdog 2. The film will premiere Apil 9.